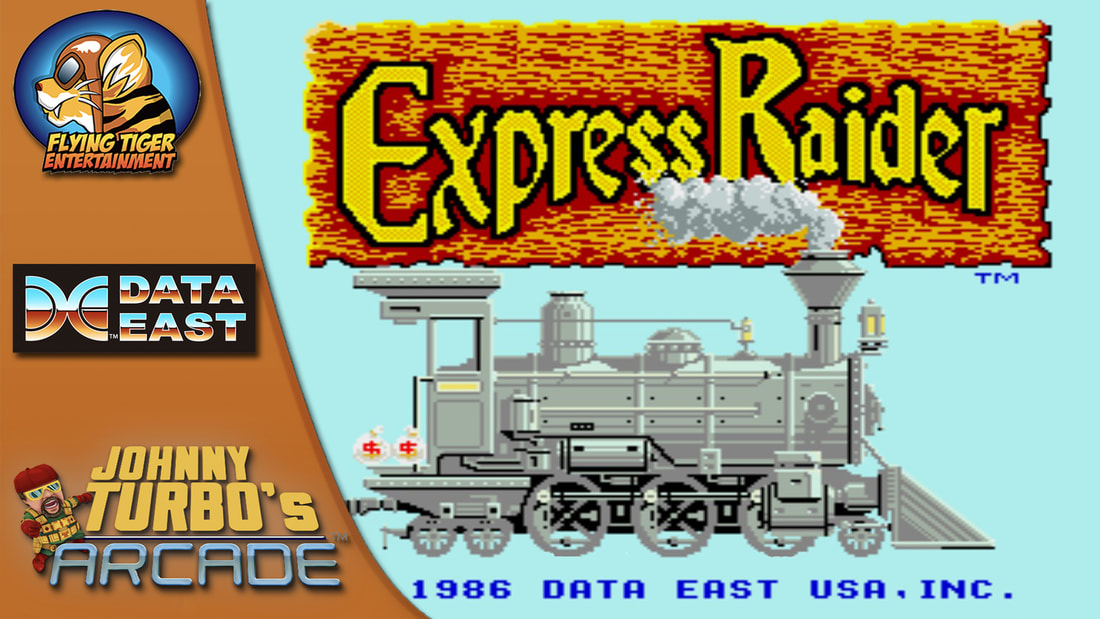 Buy it on eShop
FOR IMMEDIATE RELEASE:

Originally released in 1986, players begin the game as a bandit in a black hat. The goal is to rob the fastest train in the West, the Gold City Express. Starting in the thick of the action, players must brawl with a banker before hopping onto the speeding locomotive.

Once atop the moving train cars, players must fight their way past enemies to steal the loot. Dodging bullets, avoiding bottles and ducking under signs are just some of the obstacles encountered. Stages vary between fighting on top of the moving train cars and shooting at enemies while riding horseback.

With the Real Arcade Feel, Express Raider is a test of stamina and strength, as well as gunslinger skills.