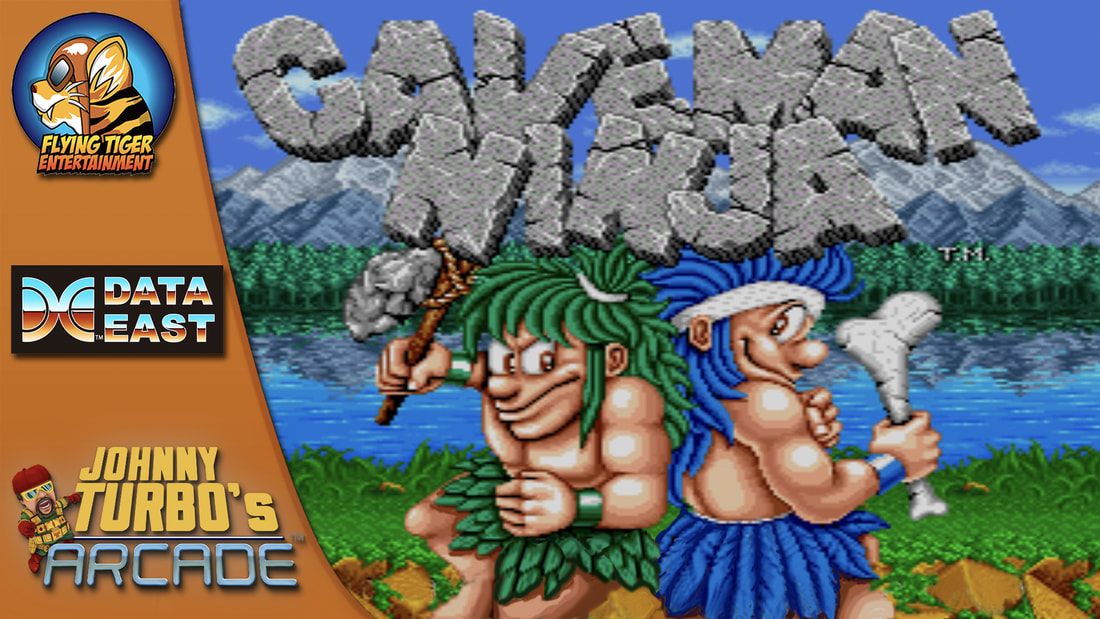 Buy it on eShop
,
CaveMan Ninja
​
Grab your club and get ready to go on a wild, prehistoric adventure with the Cavemen Ninjas - Joe & Mac!
Help Joe and Mac, two cavemen who fight against enemy cavemen and dinosaurs using prehistoric weapons.

The game stars the green-haired Joe and the blue-haired Mac, cavemen who battle through numerous prehistoric levels using weapons such as boomerangs, bones, fire, flints, electricity, stone wheels, and clubs. The objective of the game is to rescue the "Cave Babes" who were kidnapped by a rival tribe of cavemen. Play alone or together with a friend on Co-Op.

Save the Cave Babes! With 2 player Arcade Action!